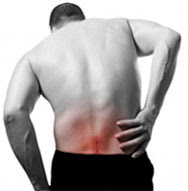 One of the most common techniques that Defense IME doctors use to discredit injured workers is the use of “Waddell’s Signs“.  Doctors hired by the insurance carrier will say that an injured worker has positive Waddel’s signs to show that they are exaggerating their symptoms or outright faking their injuries.

The test is named after a physician researcher, Gordon Waddell, who originally intended it to be used as a technique to determine appropriate patients for back procedures such as discography.  It consists of several physical tests including axial compression (pushing down on the top of the head, which shouldn’t cause low back pain), distracted straight leg raising, overreaction to stimulus, and complaints of pain in areas that shouldn’t have pain from the injured body part.

A little research, however, has given me ammunition to combat this technique.  First, my partner found an obscure reference in the AMA Guides to the Evaluation of Permanent Impairment that indicates that the use of Waddell’s Signs is inappropriate in non-Anglo patients.  That counts out about 80% of my clients.

Also, a quick Wikipedia search showed that numerous recent medical studies have criticized the use of Waddell’s signs and show that they have been misused by the medical community.  For example, a 2004 study by Fishbain showed that In a 2004 review, Fishbain, et al. concluded, “there was little evidence for the claims of an association between Waddell signs and secondary gain and malingering. The preponderance of the evidence points to the opposite: no association”.

I can’t wait to spring those on the next sheisty defense IME doctor who’s trying to paint my client out as a faker.

Chad T. Snow is an attorney who has handled over 5,000 hearings at the industrial commission of Arizona for injured workers.  He has offices in Phoenix and Tucson, Arizona and handles exclusively Arizona workers compensation claims.  He can be reached through his firm’s website, Snow, Carpio, and Weekley.