When are permanent benefits not really permanent? When they are received as a result of an on-the-job injury in Arizona.  As I have discussed before, there are two different kinds of permanent injuries in Arizona workman’s compensation claims.  Scheduled injuries are those that involve a specific body part that is listed on the schedule of impairments found at A.R.S. Section 23-1044.  If an injured worker sustains a permanent injury only to that body part, once the condition is found to be medically stationary by the treating physician, a set number of payments are made by the insurance carrier to compensate the injured worker for the permanent damage to that body part.  Although this is called permanent compensation, that does not mean that the compensation will endure forever, but rather that it is to compensate the worker for the permanent effects of his or her injury.  While the worker is receiving these “scheduled” payments, he or she can work without limit and will still receive a check every month during this period set for in the statute.
The other type of “permanent” benefits in Arizona worker’s compensation claims are known as unscheduled injuries.  As I have discussed in previous posts, this is compensation to compensate the injured worker for wages lost as a result of his or her industrial injury.  Once the worker’s condition is found to be medically stationary, the Industrial Commission makes a determination as to what work the injured worker can still perform in spite of his or her permanent restrictions.  If that amount is less than what he or she earned at the time of the injury, the insurance company begins to pay a monthly benefit.  The Commission’s Award specifically indicates that this benefit is to continue for such time as a loss of earning capacity exists or until the death of the worker. 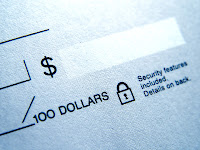 The question then becomes how does work activity affect this “permanent” benefit.  The answer is as long as your earnings are equal to or less than the amount that the Industrial Commission determined you are able to earn when your claim was closed, there will be no affect on the permanent benefits.  If your earnings begin to exceed the amount that was determined, the insurance carrier will likely request that the Commission reduce your permanent monthly benefit.  Carriers are entitled to send out an Annual Report of Income to an injured worker who is required to report his or her earnings during the previous 12 months.  If the carrier sees that you are earning a significantly higher amount, they will more than likely request that the Industrial Commission rearrange your benefits and pay less.
Since there are many variations on these general rules, any questions regarding work after a claim is closed should be directed to an attorney who practices Arizona worker’s compensation law. Contact us today at Snow, Carpio, and Weekley.