I’m a positive guy.  I try to see the glass as half full (or just twice as big as it needs to be…).  I try to find the silver lining.  So I thought I’d pass along the good news about the last three years of the Great Recession – Work Injuries Are Way Down!!!  Yes, apparently, the more people who are sitting at home watching Judge Judy and Wendy Williams, the fewer people are falling off scaffolds and cutting off fingers.

No stats out on 2010 yet, but I’m sure it will be even lower than 2009, when injuries were down 27% from just 5 years previous.  Of course, some of this follows the overall historical downward trend of on the job injuries due to increased technology and emphasis on jobsite safety.

So if you’re sitting at home bummed out because the Arizona legislature just cut your unemployment benefits extension, look on the bright side – at least you still have all your fingers! 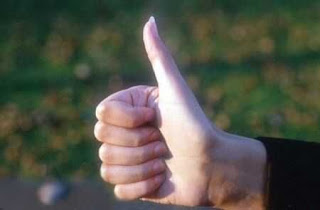 Chad T. Snow is a workmans comp attorney with offices in Phoenix and Tucson Arizona.  He once knew a man with 12 fingers who he called Inigo Montoya, but that’s another story.  Workers Compensation questions can be directed to the firm’s website at Snow, Carpio, and Weekley.