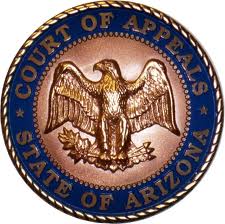 A recent Court of Appeals decision on a workers compensation claim brings to mind an issue that I’ve never discussed here on the blog – the Election of Remedies Doctrine.  In this case, the worker was injured working for an employer who did not carry workers compensation insurance.  In such cases, the worker can elect his or her remedy between pursuing a tort (personal injury) claim against the Employer versus pursuing a Workers Compensation claim through the Industrial Commission’s Special Fund No Insurance Section.  (In cases where the Employer IS insured, the only remedy is a work comp claim).

In this case, the injured worker first filed a personal injury claim against the employer in Superior Court, but later decided to file the workers comp claim at the ICA.  The Special Fund No Insurance Section (NIS) accepted the claim and began paying benefits.  They later found out about the P.I. claim and tried to claim that the injured worker had elected his remedy.  However, the Court found that since their acceptance of the claim had gone final, their election of remedies defense was untimely and thus was waived.
The important part to remember is that workers who are injured working for employers who fail to carry workers compensation insurance, the Employer’s typical immunity against tort suits is waived and the employee can file a personal injury suit against the employer if their negligence caused the injury.  Many times, these cases are worth more because of additional damages such as pain and suffering that can be paid.
Chad T. Snow is a workers compensation attorney with offices in Phoenix and Tucson.  He can be reached through his website at Snow, Carpio, and Weekley and is always available to answer questions on work comp cases.