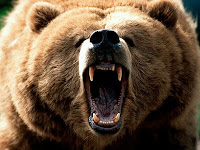 The Montana Supreme Court recently found a claim compensable for a man, Brock Hopkins, who admitted to smoking pot prior to entering a bear habitat to feed the bears – and subsequently being mauled by the bear.  The Montana Uninsured Employers Fund had denied the claim saying that (1) he shouldn’t be compensated because he was under the influence of marijuana; and (2) he wasn’t acting within the scope of his duties.  The Supreme Court disagreed, saying “use of marijuana to kick off a day of working around grizzly bears was ill-advised to say the least and mind-bogglingly stupid to say the most,” there was no evidence presented regarding Hopkins’ level of impairment.  The Court also found that the grizzly bears are “equal opportunity maulers” without regard to pot use.

The case demonstrates two principles that are equally true in Arizona’s workers compensation system.  First, it is a “no fault” system – any injury that arises out of and occurs in the course and scope of a worker’s employment is compensable, without regard to who was at fault in causing the accident.  Second, the “scope” of an injured worker’s employment can often be very broad in finding a claim compensable.

The best part of the article (link below) are the comments after the article.  Some of my favorites:

“I was gonna feed a grizzly, but then I got high”

“The bear was upset because Hopkins was bogarting”

“This happens every day. We really need a national plan to help people become aware of the health risks associated with burning it and heading out to have a tussle with Smokey.”

“I did some coke with this lion one time. Almost got my butt mauled”

Chad T. Snow is an attorney who practices exclusively in the area of workers compensation in Arizona.  He has offices in Phoenix and Tucson and has never smoked pot with a bear or any other predatory animal.  He can be reached through his web site at Snow, Carpio, and Weekley.